Dance an Impossible Space at Lincoln Center for the Performing Arts

Molissa Fenley premiered Dance an Impossible Space at the Bogliasco Center on December 14, 2013. The work was choreographed with a very small space (an impossible) in mind - the choreography explores how to make the work "possible": the dancer travels to the perimeter of the space on one side to only ricochet back to another, seamlessly moving without boundary. Part of the fun is having an extreme boundary, finding the means to express a choreographic trajectory of gesture and motion within a very small space. Erin Gee's vocal composition, performed also within the space adds another development: her sounds fill the space (and beyond) and her physical presence with the dancer in the space adds another "impossibility" for the dancer to deal with.

The Bogliasco Foundation is thrilled to continue its partnership with Lincoln Center in order to bring the original work of Bogliasco Fellows to New York audiences. Photo credit: Ian Douglas. 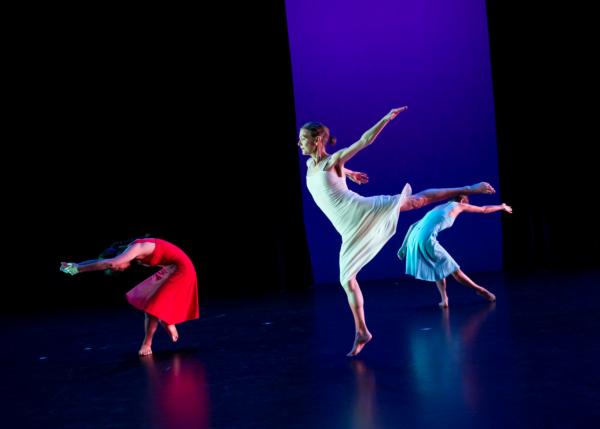