A quiet town of 5,000 inhabitants, Bogliasco is situated just southeast of Genoa on the western coast of Italy, about 50 miles north of the world-renowned Cinque Terre. Bogliasco has most of the characteristics of a typical Mediterranean village of this region: a central piazza dominated by the church, a scenic walkway above the sea, pastel houses clinging to the inclines, a small port filled with fishing boats, and several rocky beach areas. The history of Bogliasco can be traced back to the Roman Empire: a medieval bridge constructed on Roman ruins still spans a rivulet that feeds into the port. Once a village inhabited primarily by fishermen, sailors, and sea captains, Bogliasco frequently allied itself with the Republic of Genoa, but always remained independent of it. 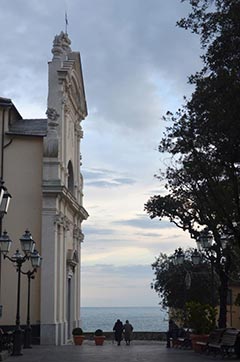 The capital of the Liguria region with the largest port in Italy, Genoa has a history that dates back 26 centuries. Along with the Etruscans, the pre-Roman settlements of the “Genuates” are the oldest in Italy. However, the greatest era of the city, often nicknamed “La Superba”, began in the year 1000 AD, when it became one of the most powerful and dominant maritime republics of the Mediterranean, with settlements as far away as the Black Sea. Genoa’s most famous son, Christopher Columbus, was one of many local Genoese seafarers who set off for new horizons, refining innovative new systems of navigation, cartography, trade and exchange. 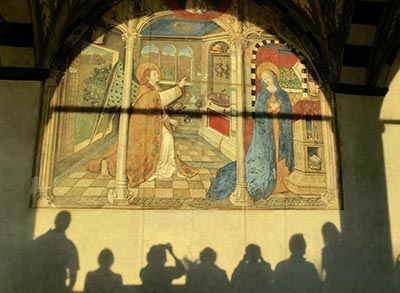 Today, Genoa remains a prominent Mediterranean city with important cultural resources: the University of Genoa and its libraries, several museums, palaces and theaters and the Carlo Felice Opera House. The largest in Europe, Genoa’s historic center is characterized by its maze of narrow streets and a remarkable layering of architectural styles, with medieval foundations surrounded by glorious Renaissance facades and eclectic modern detailing. Genoa’s maritime history prevails in the waterfront area, where the largest aquarium in Europe looks out over Renzo Piano’s redesigned old port and a constant stream of commercial tankers and ferries. On a hillside overlooking the city extends the 19th century monumental cemetery of Staglieno, one of the largest and most extraordinary in Europe. In 2004, Genoa was the “European Capital of Culture,” and in 2006 it was declared a UNESCO World Heritage Site. 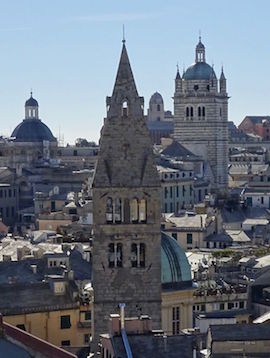 In spite of its many points of interest and scenic landscape, the region around Genoa and Bogliasco has never been a major stopping point on the conventional tourist circuit. Nevertheless, the stunning beauty of the olive-treed hills looking out over the aptly named “Golfo Paradiso” has stirred many a culturally significant visitor. In 1905-1906, the Russian composer Alexander Skryabin lived in Bogliasco, completing a large part of one of his major works, Le poeme de l’extase. Nietzsche wrote part of his masterpiece “So spoke Zarathustra” while contemplating the ineffable beauty of Mount Portofino and residing in Rapallo, a town that later lured Ezra Pound. That same promontory of Portofino, which frames the magnificent view from the Bogliasco Foundation grounds, continues to inspire artists and scholars every day, as they develop the significant works of the future.